As you can imagine, when it comes to the audiobook version of a novel it’s no longer about the author’s “voice” (in the literary sense) but the narrator’s voice (in the physical sense). Naturally, I worried that I would never find the right person to portray my protagonist, Cate, but those fears were put to rest when I heard Brooke Boertzel’s audition. Not only is Brooke the PERFECT voice to bring Empty Arms to life, she’s been a true creative partner who went so far as to compose original music that can be heard throughout the audiobook.

And her experience in the industry is no joke. Brooke has worked as a professional film, theatre and voice actor for the past 25 years. She holds an MFA in Acting from the Actors Studio Drama School, and an MA in Educational Theatre from NYU. When she’s not performing, Brooke works as the Director of Education at Making Books Sing, an arts in education organization in NYC that uses theatre and music to promote literacy and social development in children. As part of her role as Director of Education, Brooke has written and directed five touring performances/musicals that have presented for over 50,000 children and families in NYC, including Alice’s Story, a nationally recognized anti-bullying applied theatre performance that was featured on the cover of Time Magazine for Kids.

Erika Liodice: Hi Brooke. Thanks for being here today. Tell us, how did you get into voice acting?

Brooke Boertzel: I’ve been working as an actor since the age of seven when I joined a children’s theatre company on the island of Guam, where I was born and raised. The acting bug stuck with me throughout high school and college, so I decided to move to NYC to attend graduate school at The Actors Studio Drama School.  Throughout my time training in the program, I discovered I had a love of dialects and character voices. I enjoyed the challenge of conveying emotion, telling a clear and detailed story, and embodying multiple characters, with my voice as my only tool. I pursued further voice training, created a demo reel and started auditioning. My husband, an animator, has cast me as several unusual characters in some of his cartoons. You can listen to samples of those characters on my website, brookeboertzel.com.

Erika: What kinds of projects do you work on? What’s your favorite?

Brooke: In terms of voice acting, I’ve recorded radio and television commercials, corporate and medical training videos, educational software, animated cartoons, and background narration for films.  Since I’m an actor first and foremost, I enjoy scripts that allow me to portray multiple characters engaged in dramatic conversations. Finding the perfect voice for each character is challenging, but also a great deal of fun!

Erika: What are some of the challenges of voice acting versus, say, screen acting?

Brooke: As a screen or theatre actor, you have the ability to convey emotion and tell a complete story with your entire body. Facial expressions, postures, tears, smiles and mannerisms all work together to draw an audience into the characters’ emotional experiences. As a voice actor, you only have one tool. All of that expressive energy and emotion has to come through your voice so that you’re fully engaging your listener in the world of the story.

Erika: What are your favorite types of characters to portray?

Brooke: I love playing characters that don’t sound anything like me in real life. I really enjoyed recording the voices of Dr. Sullivan and Nurse Unger in Empty Arms.  In other projects I’ve portrayed a cartoon character named Baconkid, a raspy-voiced smoker named Eileen, and a snooty corporate executive named Eleanor, all of whom sound extremely different. Once I get an image of the character in my mind, either from a picture or my imagination, the voice seems to create itself. Experimenting with various dialects and vocal characteristics is a lot of fun.

Erika: What made you decide to audition for the audiobook version of Empty Arms?

Brooke: I wanted to dive into a creative and challenging project that would teach me more about voice acting and producing. Every time I get behind the microphone I learn something new about voice acting—whether it’s how to breathe properly, how to create interesting character voices, how to edit my audio files, etc.  I learned so much through the experience of recording Empty Arms.  It was a long journey, but it was extremely rewarding.

Erika: In addition to narrating and producing the audiobook version of Empty Arms, you also composed music for the opening and closing credits and dream sequences. What other hidden talents do you have?

Brooke: I’m a lover of the arts. My day job is working as the Director of Education at a theatre organization called Making Books Sing. I have the privilege of researching current trends and issues facing children today and finding innovative ways to explore these topics with children through theatre.

In 2009, I co-created Alice’s Story, an interactive theatre performance and workshop that actively engages children, grades 1st-5th, in exploring the sensitive issue of bullying. This program was featured on the cover of Time Magazine for Kids in October 2012, and since its creation Alice’s Story has presented in schools and community centers in all five boroughs of NYC to over 20,000 children.

In addition to focusing on social issues such as bullying, I’ve also written two musicals that educate children on how they can become more environmentally conscious citizens. All of these shows tour to schools and community centers throughout New York City.

Empty Arms: A Novel is now available in audiobook on Amazon, Audible, and iTunes. Listen to a sample… 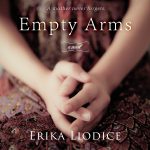