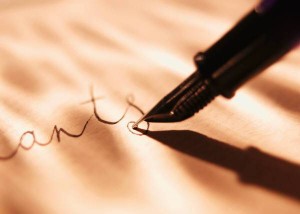 As a writer, I often hear the advice, “write what you know.” But in my case, that would result in a body of work about vacationing, comfort food, bargain hunting on Craigslist, and, I’m embarrassed to admit, reality TV. And while that might make for a fun book or two, it’s not exactly something I can build a career on. That’s why I challenge the popular advice and encourage you to write what you don’t know.

I look at writing as a great excuse to explore intriguing facets of the world around me. It gives me a chance to step out of my own reality for a little while and experience life from a different perspective. For example, I wasn’t a pregnant teenager in the early 1970s; I never lived in a maternity home or was forced to surrender a child for adoption; I’ve never struggled with infertility or searched for a long lost birth relative, but the characters in my debut novel, Empty Arms, have…so in a way, I have too.

The idea for Empty Arms – which is about a woman who secretly birthed a daughter out of wedlock when she was sixteen and was forced to give her up for adoption, only to later learn that she can’t have any more children – was inspired by a story I heard about a family friend. The irony and pain of that situation was so moving that I knew I had to write about it, and thus, the story idea was born.

When I started writing Empty Arms, the concept was in its infancy, but the more I researched, the bigger it grew. I discovered that, like my protagonist, Catharine, over 4 million women had babies out of wedlock between 1940 and 1970 and they too were forced to relinquish their children for adoption. They were told that they’d move on with their lives and have more children once they were married. They were told that they’d forget about the babies they gave away, but they never did.

The psychological aftermath they’re facing – guilt, shame, depression, abusive relationships, post-traumatic stress disorder, and, in some cases, suicide – is heartbreaking. What’s worse is that these women are silently suffering all around us – they’re our neighbors, our colleagues, our children’s teachers, members of our book clubs, our friends. And when you add the babies they gave up into the equation, along with their birth fathers, biological siblings, relatives, and the adoptive parents, the number of people impacted by those forced adoptions is countless.

To fully understand the different ways people were affected, I read hundreds of testimonials, joined adoption groups,  and conducted interviews with people from every side of the adoption triangle – birth parents, adoptive parents, and adoptees – and even a missing person’s investigator. Not only did they confirm what I was learning,  they helped me appreciate how their lives were forever changed by what happened, all of which enabled me to render Catharine’s story.

When I talk to people about Empty Arms, most tell me they know someone who went through a similar experience. If I would have followed the popular advice and stuck to writing about what I know, I wouldn’t have had a chance to share this important story and shed light on this often overlooked topic. So as you set out to write your next book, I challenge you to step outside familiar bounds and write about what you don’t know. Magnificent stories await you.

Erika
Erika Liodice is an indie author and founder of Dreamspire Press, where she is dedicated to teaching curious minds about unknown worlds through story. Her current project, a collection of travel essays, will appear in National Geographic's adventure-packed travel guide 1000 Perfect Weekends. Erika is also the author of Empty Arms: A Novel and the children’s chapter book series High Flyers. She is a contributor to the Writer’s Digest Essay Collection Author In Progress. Follow Erika's work and adventures at erikaliodice.com.
Recommended Posts
Comments 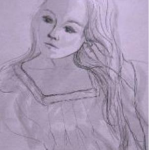 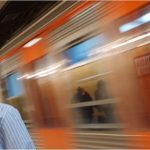