Have you ever dreamed of a different life for yourself? Vaughn Roycroft did when work overtook his life and left him wondering, Where did the time go? Today, Vaughn joins us to tell us about his passion for writing and the busy life he abandoned in order to chase his dream.

Erika Liodice: Welcome, Vaughn. Tell us, when did you know you wanted to be a writer? How did you start out? 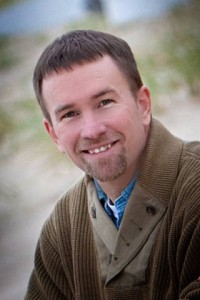 Vaughn Roycroft: I’ve long credited my sixth grade teacher, Mr. Raymond, with sparking my love of reading by assigning The Hobbit to my reading group in his class. I was already into books, but Tolkien’s world brought reading to life in a new way. Mr. Raymond went on to buy a few of us boxed sets of The Lord of the Rings, and finishing the trilogy left me wanting more. This was the first moment I recall thinking, Maybe I should do this.

In the beginning I was a notebook scribbler. I filled notebooks with stories and sketches, but almost never showed them to anyone. Sadly, the notebooks are lost. I don’t think there’s a single scrap left to document my early attempts at story. Then again, maybe it’s not so sad. They’re probably better in memory than in reality. I always read, though, and my love of history and epic stories grew. As time went on, writing became more of a distant future aspiration, sort of like extended travel abroad or retirement.

EL: You’ve made some dramatic lifestyle changes to focus on your writing career. Tell us about that.

VR: My wife and I embarked on a joint career in building materials wholesale when we were in our mid-twenties. We were fortunate to become part-owners and managers in a wonderful company in Chicagoland, and oversaw a great team during an extended period of extraordinary growth there. But a strange phenomenon occurred during this hectic period of our lives. We were experiencing success we’d only dreamed of at the onset. But the price we were paying became more apparent. We’d spent our entire thirties working through most of our waking hours. And spent is an apt word here. We’d expended so much of ourselves to achieve success. At some point you raise your head, look around and say, “What happened? Where did the time go?”

Toward the end of our time in Chicago, we were planning on building a house near the business. About a week before breaking ground, we rented a cottage near the Lake Michigan shore, a bit over an hour’s drive from the city. We’d worked most weekends for many years, and taking the time away felt incredibly revitalizing. During a walk on the beach, my wife blurted, “Let’s build the house here instead of there.”

Crazy as it now seems, we not only bought property eighty miles from our business, we decided to build the house ourselves. It was a life-changing project, in so many ways. I’ve written about how building the house relates to my writing journey. Once the house was done, we made a point of escaping to it every weekend. It offered us a new kind of freedom and confidence as well as a connection to the land and community.

Within a few years of completing the house, we encountered a series of tragic events. First, we lost our beloved lab, Maggie. I don’t know if it will sound hollow to those who aren’t dog lovers, but this was a seminal moment. I recently read another writer, Megan Mulry, explaining a similar circumstance. She wrote, “[At some point] I changed. Something physical I think… but I started thinking ‘life’s too short’ in a way that was no longer a bumper sticker. A voice in my head was shouting to get a move on…” Our lab Maggie’s joy in being at the lake house reminded us of what would be important in the end. A short time later, when my wife’s mother became fatally ill, it was the final straw. We sold our stake in the company and moved to our beloved cottage.

There is always fear in facing change. Part of me thought we were crazy to leave such lucrative and secure positions. Of course there is uncertainty, but we were certain of a few things. We knew there were other, perhaps more rewarding goals we wanted to pursue. We were also sure we wanted to tackle them together in a place we both cherished. Add in the certainty that there is a finite (and unknown) number of days left to pursue them, and certainty outweighs fear.

EL: You are a true “dream chaser”. So what’s your life like now?

VR: I started post-business life as a carpenter who wrote in his spare time. Over the years, as the writing became more rewarding (and the carpentry more demanding on an aging body), the two reversed. I now spend the most days focused on writing-related work. My wife has found her way to a rewarding career in real estate as well, but we never forget what brought us here. We end each work day—rain or shine, warm or freezing cold—with a long walk on the beach with our (current) lab, Belle, and we have dinner together every evening (far less business travel separately).

EL: What writing projects are you working on?

VR: Shortly after moving in ‘03, I started outlining a fantasy story based on an alternate history of the culture clash between the Roman Empire and the Germanic Tribes. The story quickly sprawled and eventually became a trilogy. Being a novice, I decided to try to write the entire story before seeking publication. I finished a draft of the trilogy in ’09, and I’m still pursuing its publication. I had no idea what I was in for, revising such a large and complex work.

Between rewrites and submitting, I decided I needed to continue to compose to keep my writing muscles toned. I was interested in the way the backstory of the trilogy had unfolded, and decided to write a few short stories that preceded it. The short stories turned into a longish novel which still needs fine tuning. I’m also working on an outline for my next project. Plenty in the hopper while I continue to plug away on shaping up and selling the trilogy.

EL: Do you ever miss your old life or have any regrets?

VR: Although we still collaborate on each other’s careers, I sometimes miss working side by side with my wife.  In our business, I ran the operations and she ran the sales and marketing. I miss the daily brainstorming as problems arose. I still frequently refer to her as the other half of my brain. But I have absolutely no regrets.

EL: What’s been the biggest surprise of your writing journey so far? Your proudest accomplishment?

VR: The biggest surprise was the way the first draft of the trilogy came tumbling out. I often wondered, “Where is this stuff coming from?” My proudest accomplishment might sound simple, but it has to be persevering. I’m proud not just of finishing a draft, but of realizing that the story needed work and staying with it. It’s come a long way since. I’ve often said that my muse has bestowed a great gift, and that it’s incumbent on me to make it worthy of her generosity. There were more than a few days when I didn’t think I could continue, but at this point I feel I owe it to the characters and the story to see it through to its rightful conclusion.

EL: Where do you see yourself in five years? Ten? Twenty?

VR: I finished the first draft a few weeks prior to my forty-eighth birthday, and I remember thinking that I’d be a published author by my fiftieth. It wasn’t to be, so I’ll hold off on making any predictions in that regard here. One thing I’ve learned about myself (that I’ve only recently begun to declare publicly) is that I’m a writer. In five, ten, and even twenty years, I believe I will still be writing. As time goes on, I’d like to mix in more extensive travel and time spent with my wife.

EL: If you could give one piece of advice to a writer who’s thinking of making the leap into a full-time writing career, what would it be?

VR: I read that Jerry Lewis once decided to teach a class at USC for comedians. The theater department was flooded with applicants for the class. He wanted to keep the class small and intimate, so he decided to parse the candidates with a questionnaire. There was only one question: “Why do you want to be a comedian?” The only answer he would accept was some version of: “Because I have to.”

Writing can be difficult; sometimes lonely and occasionally painful. Pouring yourself out for all to see, and facing the inevitable rejection of that outpouring, can be excruciating. I would tell them that their answer to Jerry’s question—Why do you want to be a writer?—should be: Because I have to. If that’s the case, none of the difficult stuff will matter. And I promise you will be rewarded for answering your true calling.

To learn more about Vaughn Roycroft and his writing journey, visit his blog at www.vaughnroycroftblog.com.

Erika
Erika Liodice is an indie author and founder of Dreamspire Press, where she is dedicated to teaching curious minds about unknown worlds through story. Her current project, a collection of travel essays, will appear in National Geographic's adventure-packed travel guide 1000 Perfect Weekends. Erika is also the author of Empty Arms: A Novel and the children’s chapter book series High Flyers. She is a contributor to the Writer’s Digest Essay Collection Author In Progress. Follow Erika's work and adventures at erikaliodice.com.
Recommended Posts
Showing 24 comments
pingbacks / trackbacks 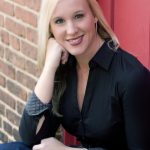 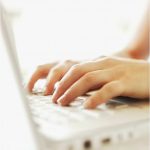