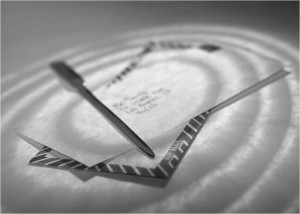 Reader Question: How many query letters did you send out for Empty Arms?

Before I give you the exact number, let’s travel back to 2007 when I had completed my first novel, The Sounds of Silence, and was certain that agents would be fighting to represent me. Even though this was only 5 years ago, at that time most agents preferred snail mail queries. I sent at least a hundred…which, when you consider the oversized envelopes and the weight of the first chapter or first fifty pages that most agents asked for, cost me a small fortune.

The grand result? A few encouraging comments but no offers of representation.

Frustrated but determined, I spent the next six months reworking the story, fueled only by the few compliments I’d collected in my first round of querying. My revisions led to some major plot developments, new characters, and a title change: The Ardent One. In early 2008, I was back at the library printing copies of my new and improved query letter and sample chapter. Another hundred or so thick envelopes went out, and I was certain that this time I’d land an agent.

The grand result? More encouraging comments but no offers of representation.

I was at an impasse. I had to do one of two things: begin another major revision or put the story to rest and set to work on a new idea that was burning in my brain. I chose the latter and began writing the book that became Empty Arms.

Now, fast forward to 2011. After taking some fiction writing courses, workshopping my first draft of Empty Arms, working with a developmental editor, and doing some pretty hefty revisions, I ended up with a manuscript that I was immensely proud of, a manuscript that put The Ardent One to shame. And during the three years that I spent writing Empty Arms, the publishing industry changed completely. Now, hardly any agents accept snail mail queries, e-readers have revolutionized the marketplace, e-bookstores have grown into a serious distribution channel, and, as a result, the big six publishing companies no longer hold all the keys to the kingdom (though, admittedly, they still hold quite a few).

With my completed manuscript in hand, I had a decision to make: do I query a bunch of agents and hope that one is willing to take a chance on me OR do I take a chance on myself and leverage the new technologies and opportunities that are available to emerging writers? Again, I chose the latter. Instead of spending months querying agents who would probably rather be working with their established (read: money-making) clients, I decided to spend my time setting up my own small press, Dreamspire, and sending my work out into the world now rather than a couple of years from now.

So, the number of queries I sent out for Empty Arms? Zero.

That’s not completely true. A good friend of mine invited me to send a query letter to her agent. At first I was reluctant because I’d already made the decision to establish Dreamspire to publish my work. But it was such a generous offer that I did end up sending that agent a query letter and the first 30 pages of my book. I waited a few weeks and when I didn’t hear back I assumed that she wasn’t interested and I moved forward with my plan. But the agent’s lack of response ate at me. I thought I had grown so much as a writer, how could she not have responded? I forced myself to forget about it and focus on the positive comments I was receiving from early readers. Then, a funny thing happened. I received an e-mail from the agent apologizing for taking so long to get back to me. Here’s a little excpert from her note…

I did read the first thirty pages of your work early on and made a note to myself to read more since I found your writing engaging. In looking at your website I see that you have found a publisher and that you are launching an e-book. I wish you the very best of luck.  I think you are a very good writer with a strong voice, which is a great combination for success.

How many query letters have you sent?

Erika
Erika Liodice is an indie author and founder of Dreamspire Press, where she is dedicated to teaching curious minds about unknown worlds through story. Her current project, a collection of travel essays, will appear in National Geographic's adventure-packed travel guide 1000 Perfect Weekends. Erika is also the author of Empty Arms: A Novel and the children’s chapter book series High Flyers. She is a contributor to the Writer’s Digest Essay Collection Author In Progress. Follow Erika's work and adventures at erikaliodice.com.
Recommended Posts
Showing 10 comments 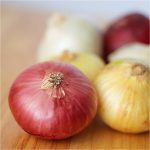 The New Year is for Trying New ThingsAsk Erika, For Writers 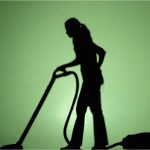 Listen While You Work: Use Wasted Time to Become a Better WriterFor Writers, Motivation