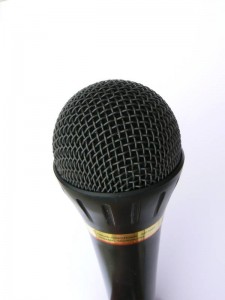 Does the thought of speaking in front of a group of people leave you weak in the knees? Would you go to great lengths to avoid having to give a presentation? If so, don’t worry…you’re not the only one. In fact, studies show that people fear public speaking more than anything else…even death!

There are many reasons that people fear public speaking, but there are also many ways to overcome this fear. For example, AJ Hoge has created a site that teaches you how to speak and write English properly, this would be helpful for you to get over your fear of public speaking, as once you know how to speak English correctly you should no longer have a fear of public speaking. Public speaking is useful in both your private and professional life, so much so that it can be the difference between not being chosen and being chosen for a promotion opportunity. Luckily there are plenty of courses available like those from Ginger Public Speaking, which you can tell your employer about if they’re looking to invest in your progression.

Like it or not, when it comes to following your dreams this is one fear you’re going to have to face. Think about it, whatever your dream, there will probably come a time when you’re going to have to discuss your ideas and sell yourself to others. So how can you can get over something so utterly terrifying? Communications coach, Carmine Gallo, says that the key to overcoming the fear of public speaking is NOT to try to completely eliminate the fear but to accept it, reframe it, and control it.

Winston Churchill on public speaking:
“There are two things that are more difficult than making an after-dinner speech: climbing a wall which is leaning toward you and kissing a girl who is leaning away from you.”

Are you a dream chaser facing a particular fear? If so, I’d love to hear from you!
Please e-mail me at: erika@erikaliodice.com

Erika
Erika Liodice is an indie author, speaker, and founder of Dreamspire Press, where she is dedicated to following her writing dream and inspiring other writers to follow theirs. She is the author of Empty Arms: A Novel and the High Flyers children's series. She pens the bi-monthly "Indie Way" column about independent publishing on the popular fiction writing website Writer Unboxed and is also a contributor to the Writer Unboxed team’s first anthology Author In Progress. Erika lives in Lehigh Valley, Pennsylvania with her husband, Dave.
Recommended Posts
Showing 5 comments
pingbacks / trackbacks

Ellen DeGeneres, Before She Was a LegendFor Dream Chasers, Learning from Legends 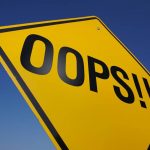 Fear of DisappointmentFace Your Fears, For Dream Chasers