Have you heard the big news? Ellen is going to be the new judge on Idol this season! I don’t know about you, but I think Ellen DeGeneres is not only one of the funniest people in Hollywood, she’s one of the most authentic too. Of course, this got me wondering…how did she get to where she is today?
Considering her quirky, observational humor, I guess it doesn’t really surprise me that Ellen’s upbringing was pretty normal: born and raised in a small town (Metairie, LA), product of divorce, went to college to study communications because she wasn’t sure what she wanted to do with her life. Though her career eventually reached legendary heights – she was named the Funniest Person in America, had two sitcoms, has a talk show that rivals Oprah in popularity, landed roles in numerous shows and movies, and has had dozens of endorsement deals to boot – her resume from her early years looks like so many of ours: clerical work at a law office, sales associate at Merry-Go-Round (the clothing store from the ’80s), waitress at TGI Fridays, hostess, bartender…even house painter.
Like most mega-successes, her career in comedy didn’t happen overnight. When she decided that comedy was a path she wanted to try, she started at the bottom doing stand-up at small clubs and coffee houses. As a young comedienne, she was inspired by the work of Woody Allen and Steve Martin and fine-tuned her craft by observing them. Eventually, she landed an emcee job at a comedy club in New Orleans. By the time she was 24, her dedication and perseverance had gotten her to the point where she was touring nationally. That same year she was named Showtime’s Funniest Person in America. Her momentum continued building, one success at a time, and when she was 28 she was invited to perform on The Tonight Show with Johnny Carson. And her career continued to take off from there.
Of course, Ellen’s journey wasn’t always smiles and laughter. In 1997, Ellen faced one of the biggest challenges in her career when she came out of the closet. The news had the potential to ruin her reputation, turn people against her and destroy her career, but she went public with it anyway and described it as “the most freeing experience.” A media storm resulted and Ellen suffered through considerable backlash that made it difficult for her to find work. It was a painful time for her, made worse by a very public break-up with Anne Heche, but she didn’t give up. She endured the hurtful jokes and rejection and continued doing what she does best: making people laugh.
Her endurance and commitment to her dreams has certainly paid off as evidenced by all the great things going on for her both personally and professionally. Can’t wait to see the interesting dynamic she brings to this season of American Idol!
American Idol, Ellen DeGeneres

Erika
Erika Liodice is an indie author, speaker, and founder of Dreamspire Press, where she is dedicated to teaching curious minds about unknown worlds through story. She is the author of Empty Arms: A Novel and the High Flyers children's series. She pens the bi-monthly "Indie Way" column about independent publishing on the popular fiction writing website Writer Unboxed and is also a contributor to the Writer Unboxed team’s first anthology Author In Progress.
Recommended Posts

Before He Was a Legend: DJ AMFor Dream Chasers, Learning from Legends 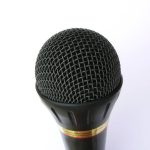 Fear of Public SpeakingFace Your Fears, For Dream Chasers